The island of Palawan is a great place to explore. It’s more than just El Nido, Coron, and Puerto Princesa. Though these places are already more than enough to let every traveler know how amazing and beautiful this province is, there are still other parts of Palawan that you should check out.

What’s great about these places is that they aren’t yet as popular as the ones mentioned, meaning there will be fewer crowds and have a more authentic feel to it. Consider traveling Palawan from north to south and get to discover some hidden gems and visit some popular ones along the way.

Coron - We all know Coron has some of the best beaches in the country. It’s less crowded than El Nido but equally as beautiful. Some may even say it’s better. Some noticeable spots you should add to your list are Kayangan Lake, Barracuda Lake, Twin Lagoon, Banul Beach, Maquinit Hot Springs, and more. Busuanga - Busuanga island is the largest island in the Calamian Group of islands and the second largest in the entire Palawan Island. It is mainly known as a recreational diving location due to the twelve World War II Japanese wrecks that were sunk by American navy bombings in Coron Bay. 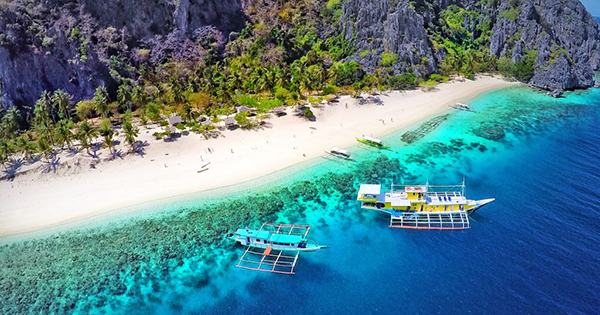 Photo from The Philippines

Culion Island - Culion Island was once known as the “The Island of the Living Dead”. Because back then during the American Colonization, Culion became a leper colony until the Commonwealth era. Now, it’s a thriving tourist destination filled with history and natural spots that one can enjoy and explore. Malcapuya Island - Although Malcapuya Island is just a short distance away from the bustling city of Culion and Coron, it offers a nice relaxing and undisturbed atmosphere for those who visit this little island. With crystal clear blue waters and fine white sand, it’s the ideal tropical destination to escape to. 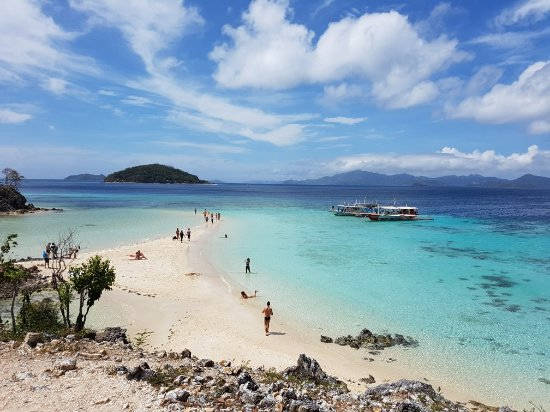 El Nido - We all know what to think when El Nido is mentioned. It is indeed paradise with its out of this world natural beauty. Photo from Salt in Our Hair

Port Barton - This quiet fishing village is still pretty low-key compared to other places in Palawan. There are no luxury hotels here or fancy restaurants and has fewer crowds. But the beaches and islets are just as beautiful as its neighbor, El Nido. And maybe this precisely the allure it has on guests who have already visited this place. 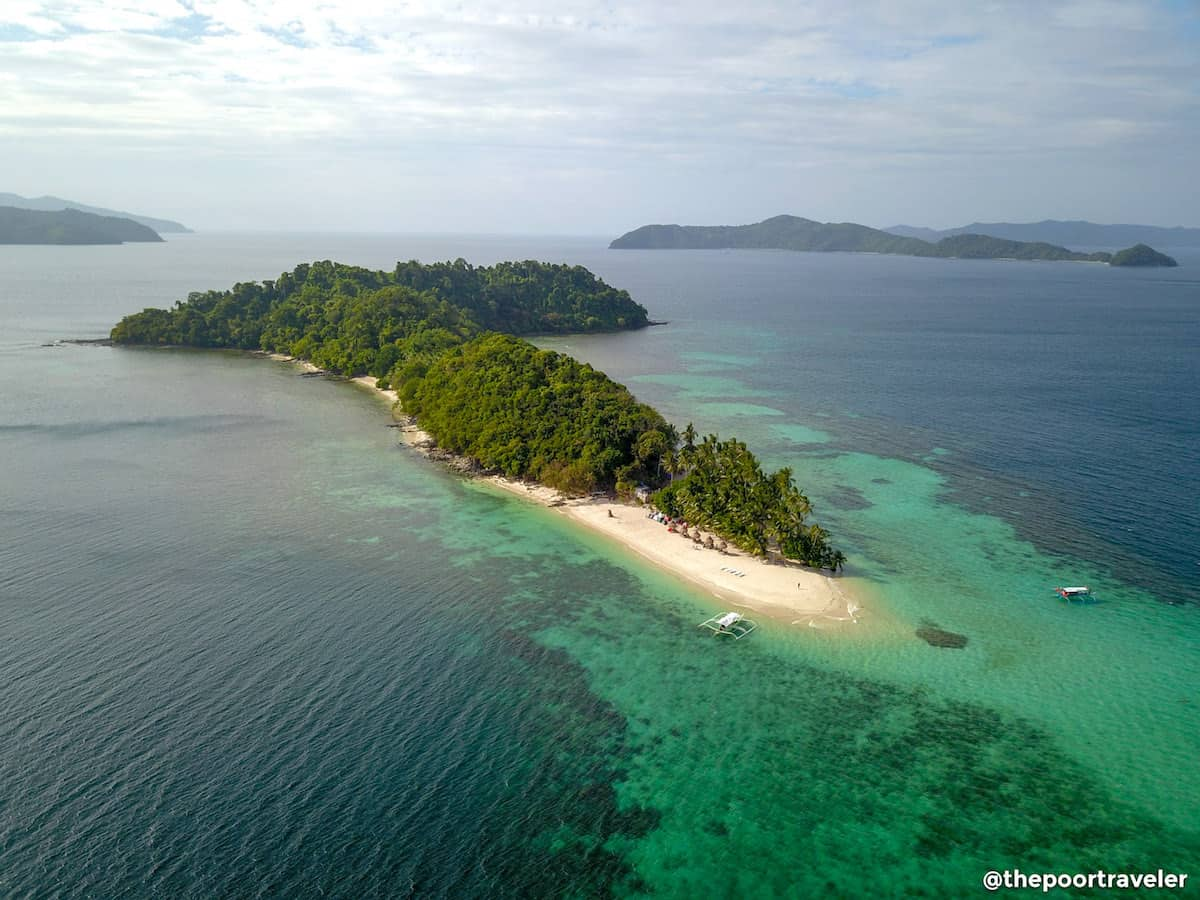 Photo from The Poor Traveler

San Vicente - Alike Port Barton, San Vicente is still not commercialized which is great. Here you can find Long Beach, the longest white-sand beach in the country. It’s all raw and untouched making you feel like you own the place. 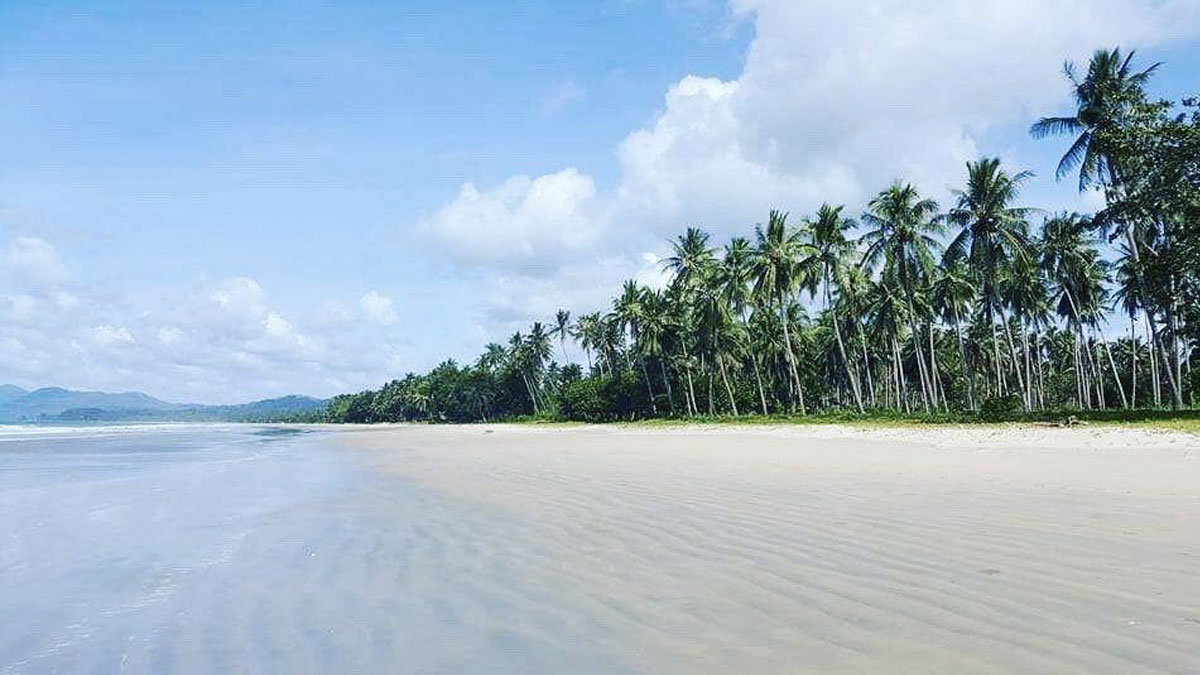 Araceli - The island of Araceli is another hidden gem of Palawan. Getting here takes about 4 hours by boat but the island’s unspoiled beauty will surely make up for that long journey. 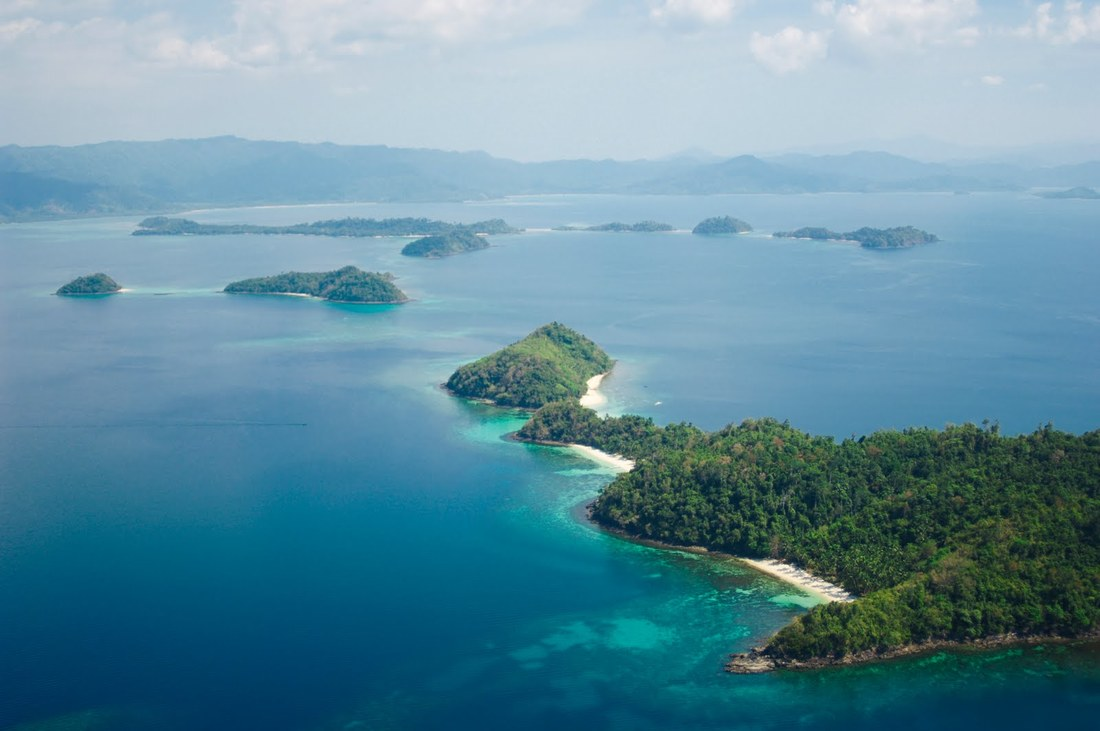 Puerto Princesa - The capital of the province needs no further description. Though a busy city, it still is quite a beautiful place to go on a vacation. The beaches are also amazing should you consider just staying there the entire trip. Some notable tourist attractions to add to your list are the Puerto Princesa Subterranean River National Park, Ugong Rock, Honda Bay Islands, and Iwahig Firefly Watching Mangrove Ecotourism And Wildlife Park. 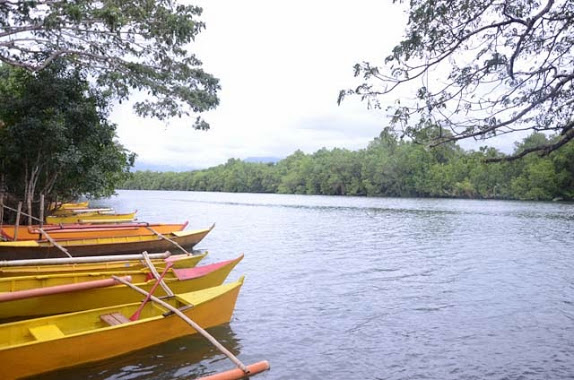 Tabon Cave Complex - Located in the town of Quezon, Tabon Cave is not only a natural attraction but is also a significant historical one. There are over 200 caves in the area, however, only seven are open to the public. It is an archaeological gold mine with fossils and artifacts dating up to 50,000 years. The most notable of these finds were the skeletal remains of the Tabon Man, which dates back over 16,000 years. A tibia bone, the oldest that has been found so far, is considered one of the oldest pieces of evidence of Homo Sapiens from Southeast Asia. 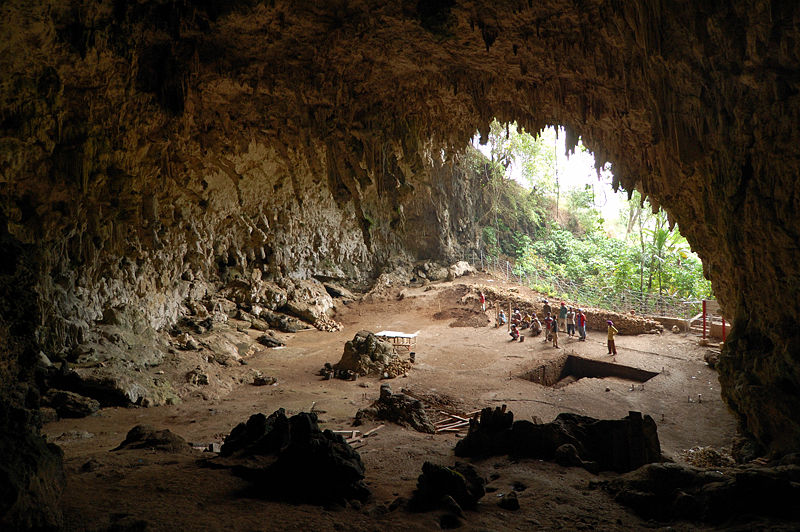 Brooke’s Point - Originally known as Bonbon by the native inhabitants, the current name of Brooke's Point comes from Englishman Sir James Brooke, the first white Rajah of Sarawak and founder of the Brooke Dynasty. It is an agricultural town mostly but there are some tourist spots you can check out including Oring-Oring Beach where the largest pearl, Pearl of Lao Tzu, in the world is found, Sabsaban Waterfalls, Brooke’s Point Eco Park, Bakbakan Falls, Mount Maruyog, and Mantalingahan, and Ocean Spring. 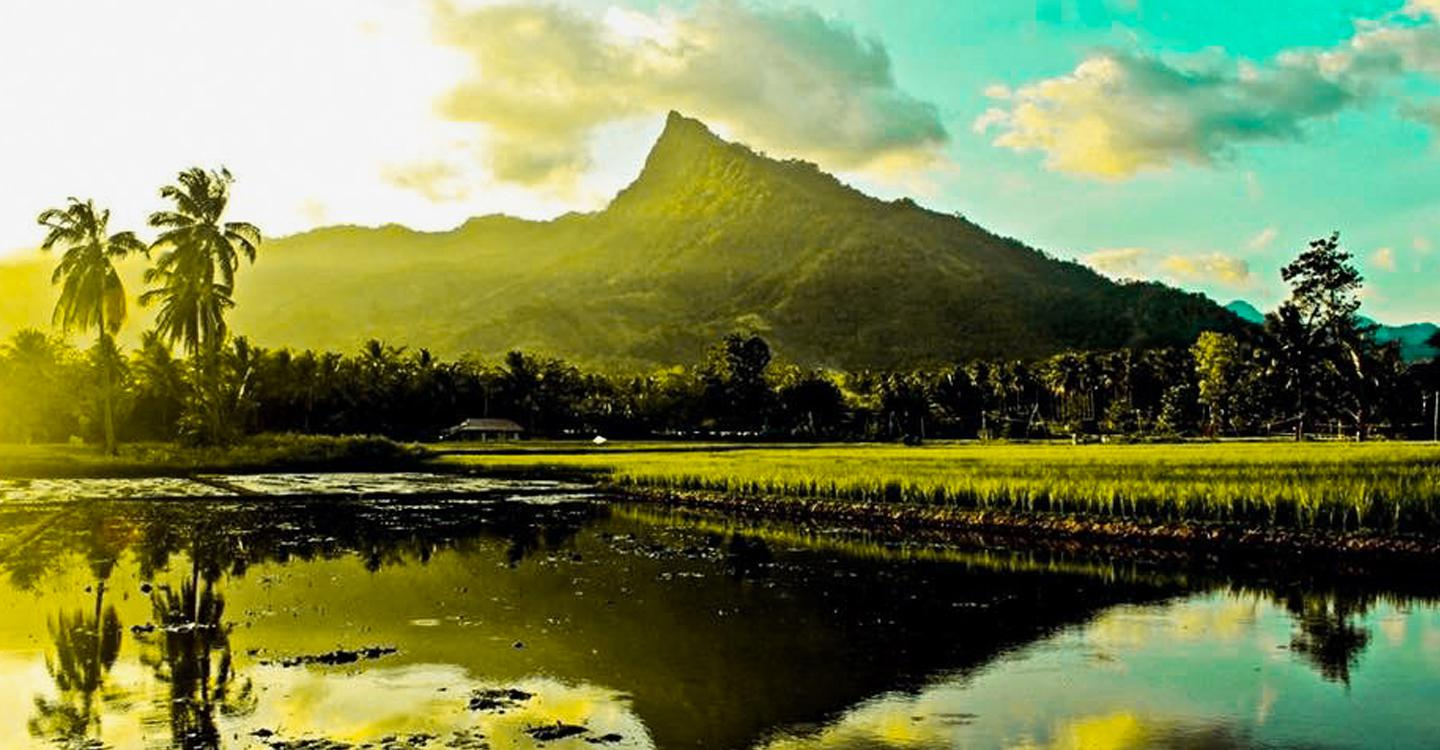 Rizal - Rizal is another town in Palawan that’s not so popular with tourists. However, it is a place you should certainly visit for its many naturally beautiful attractions. This includes Bungawon Natural Pool, Green Lagoon, Tau't Batu Tribe & Cave, Latud Beach, and Turbong Falls. 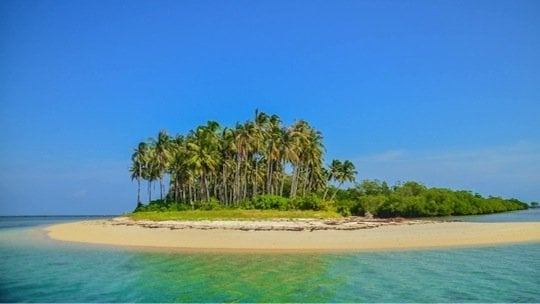 Bancalan Island - Just like all the islands located in the southern part of Palawan, Bancalan Island is rarely visited by tourists. There’s not much you can find here except undisturbed natural beauty including its beaches. You may have a hard time looking for accommodations here though as there are known resorts and only guesthouses are available. 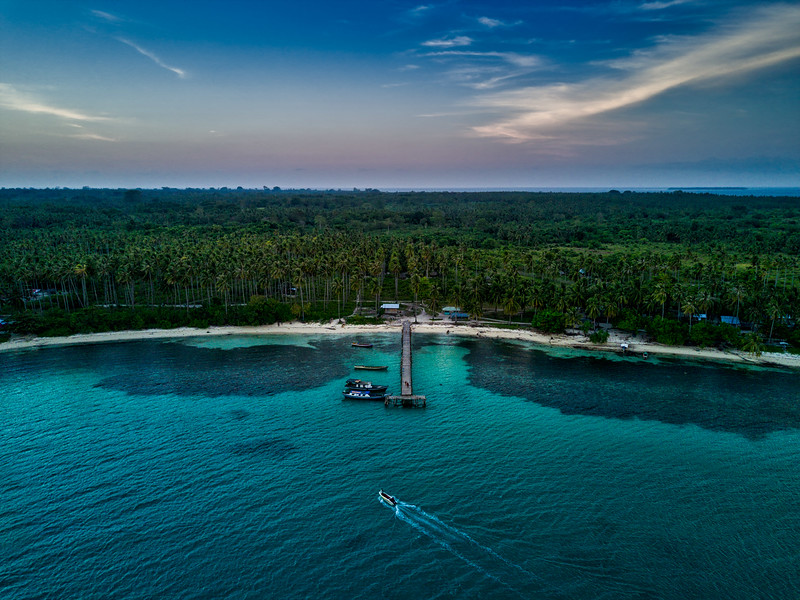 Onuk Island - Onuk Island is considered as Palawan’s most hidden gem. To get there, you have to first get special permission and arrangement at the local Office of the Mayor in Balabac, as it is a privately-owned island. However, it is open to the public. 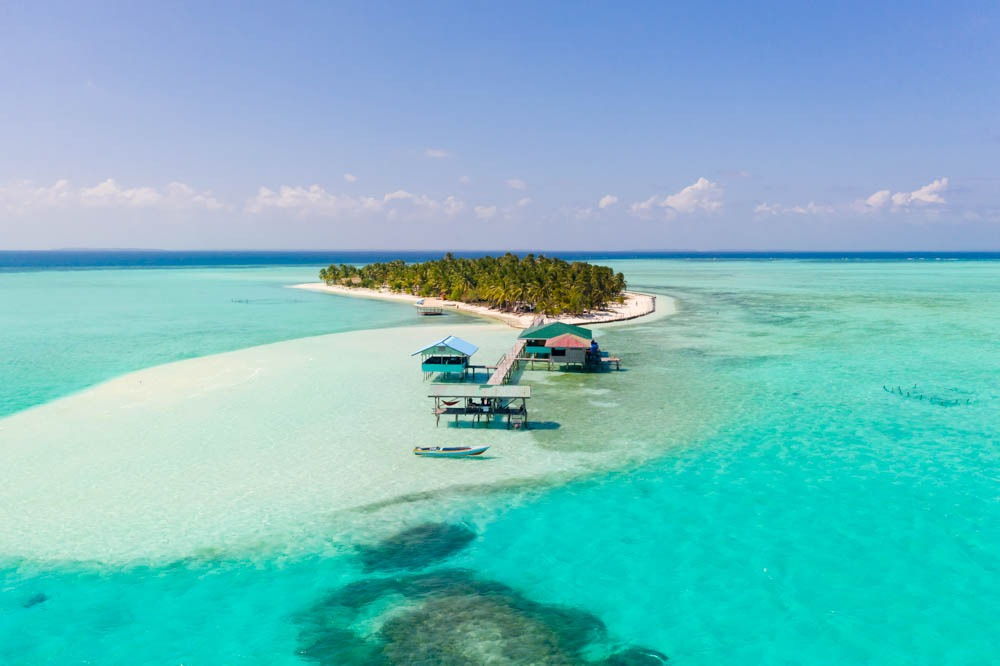 Cagayancillo - The island of Cagayancillo on the southwest of Puerto Princesa City is known as the “Mecca of Scuba Divers”, This is because you can find the famous Tubbataha Reefs Natural Park here which is known as the center of the Coral Triangle. 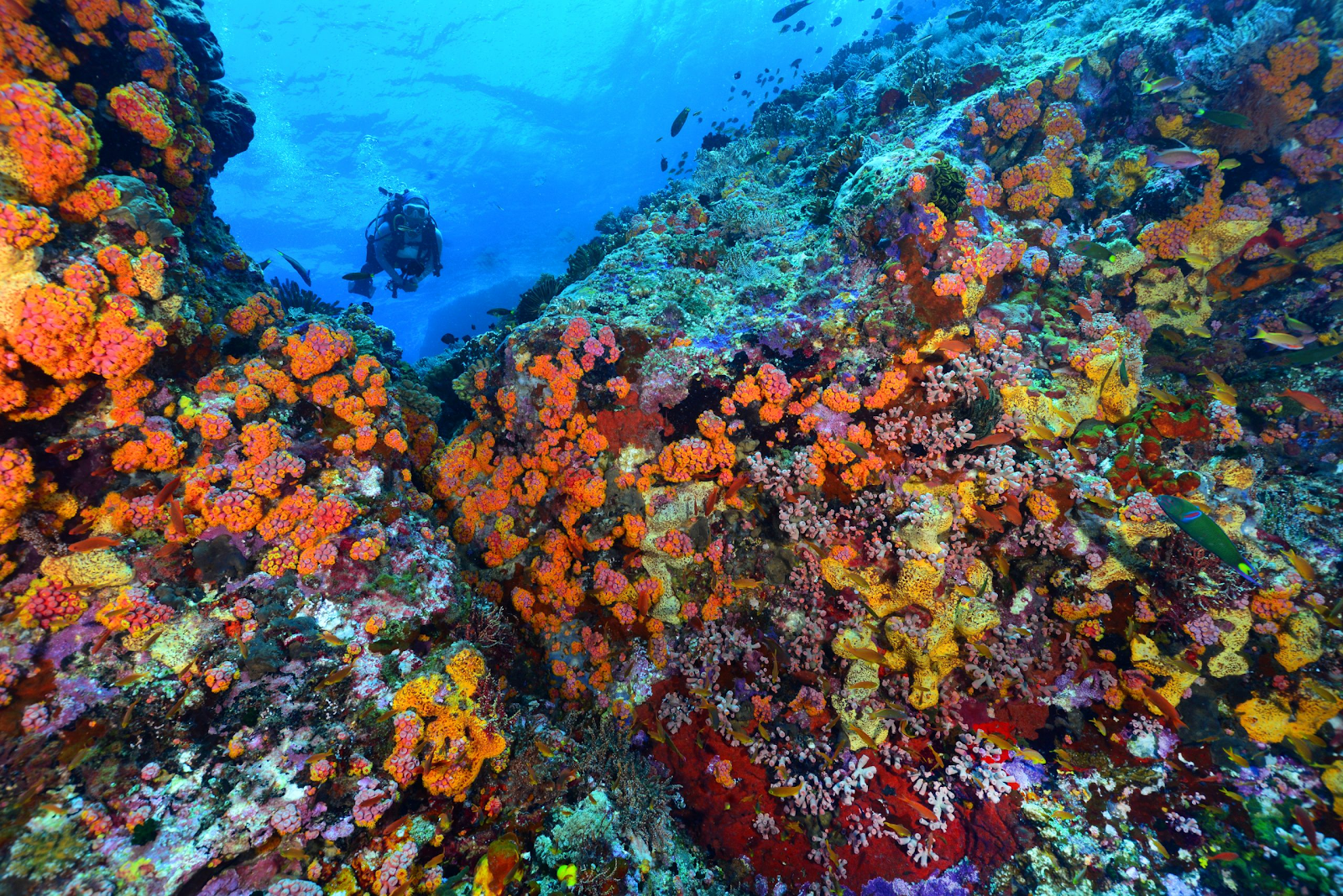 Planning to explore Palawan from north to south? Here’s where you can have a safe stay with RedDoorz’ best prices:

A parking space and airport shuttle are provided to guests during their stay. Reliable and polite members of the hotel staff are always ready to give assistance whenever it is needed. 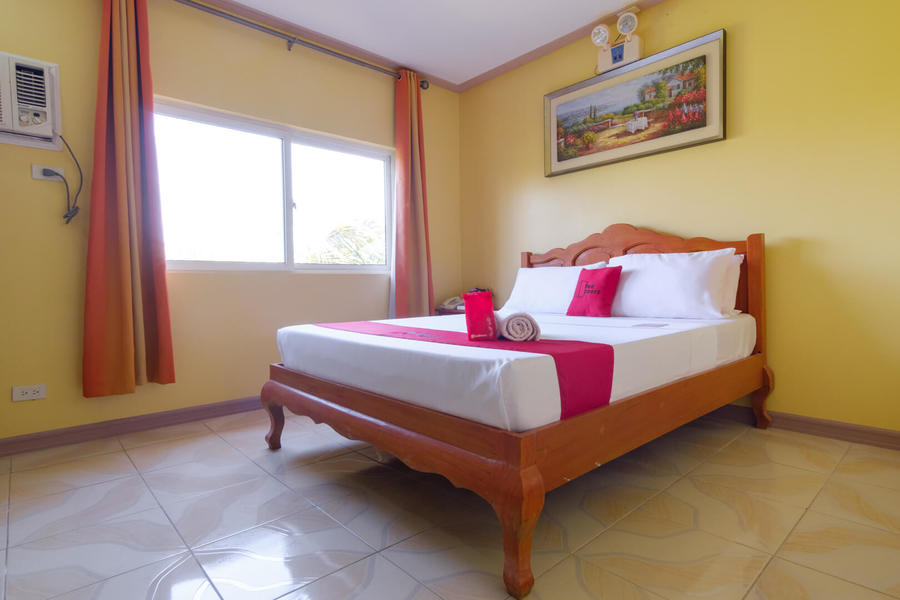 RedDoorz Plus near Rizal Junction

RedDoorz Plus near Rizal Junction gives guests one of a kind experience in Puerto Princesa through its affordable accommodation that is located at the heart of Palawan. The excellent space is nearby shopping centers and tourist destinations. 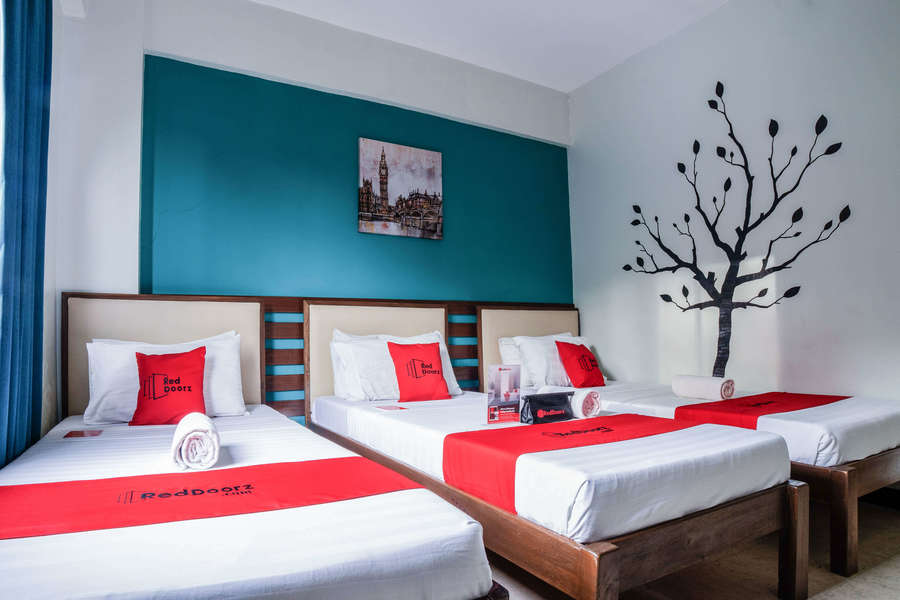 RedDoorz @ Poblacion 6 Coron is an affordable accommodation in the sought-after place of Coron in Palawan. The hotel is nearby Twin Lagoon and Kayangan Lake, making it ideal for everyone who seeks an adventure in paradise. 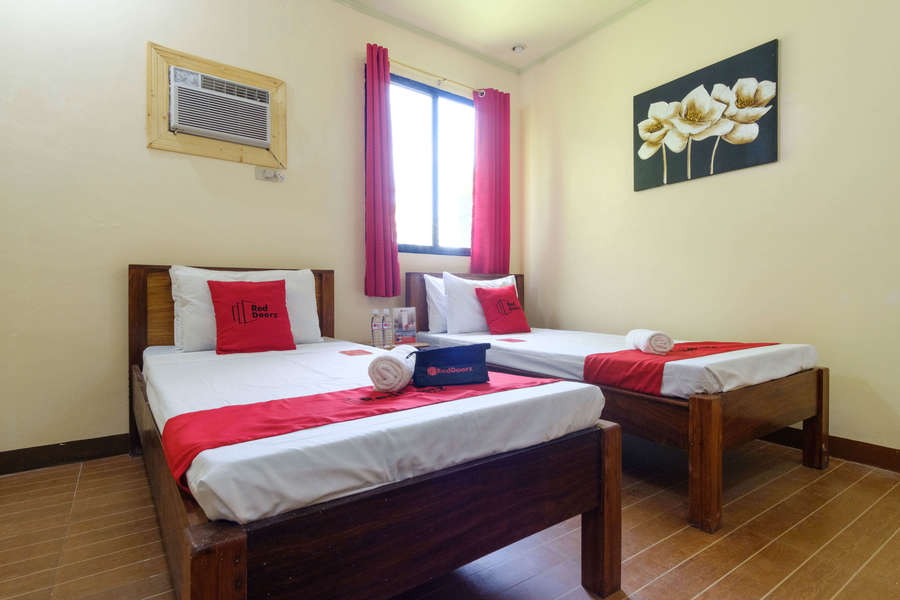 Planning to visit these great places soon? Consider staying in any of RedDoorz hotels within Palawan. Our hotels within the province are located near most attractions including these places on this list, making your trip easier and better. Plus, with our HygienePass certification, you can rest assure that you and your family are safe during this time.