Metro Manila will be placed under the most restrictive enhanced community quarantine (ECQ) from August 6 to 20, Malacañang said on Friday.

This, after President Rodrigo Duterte approved the Inter-Agency Task Force for the Management of Emerging Infectious Diseases’ (IATF-EID) recommendation to impose the strict quarantine classification in Metro Manila.

In an announcement aired over state-run PTV-4, Presidential Spokesperson Harry Roque said Metro Manila will stay under general community quarantine (GCQ) “with heightened restrictions” from July 30 to August 5 and will shift to ECQ from August 6 to 20. 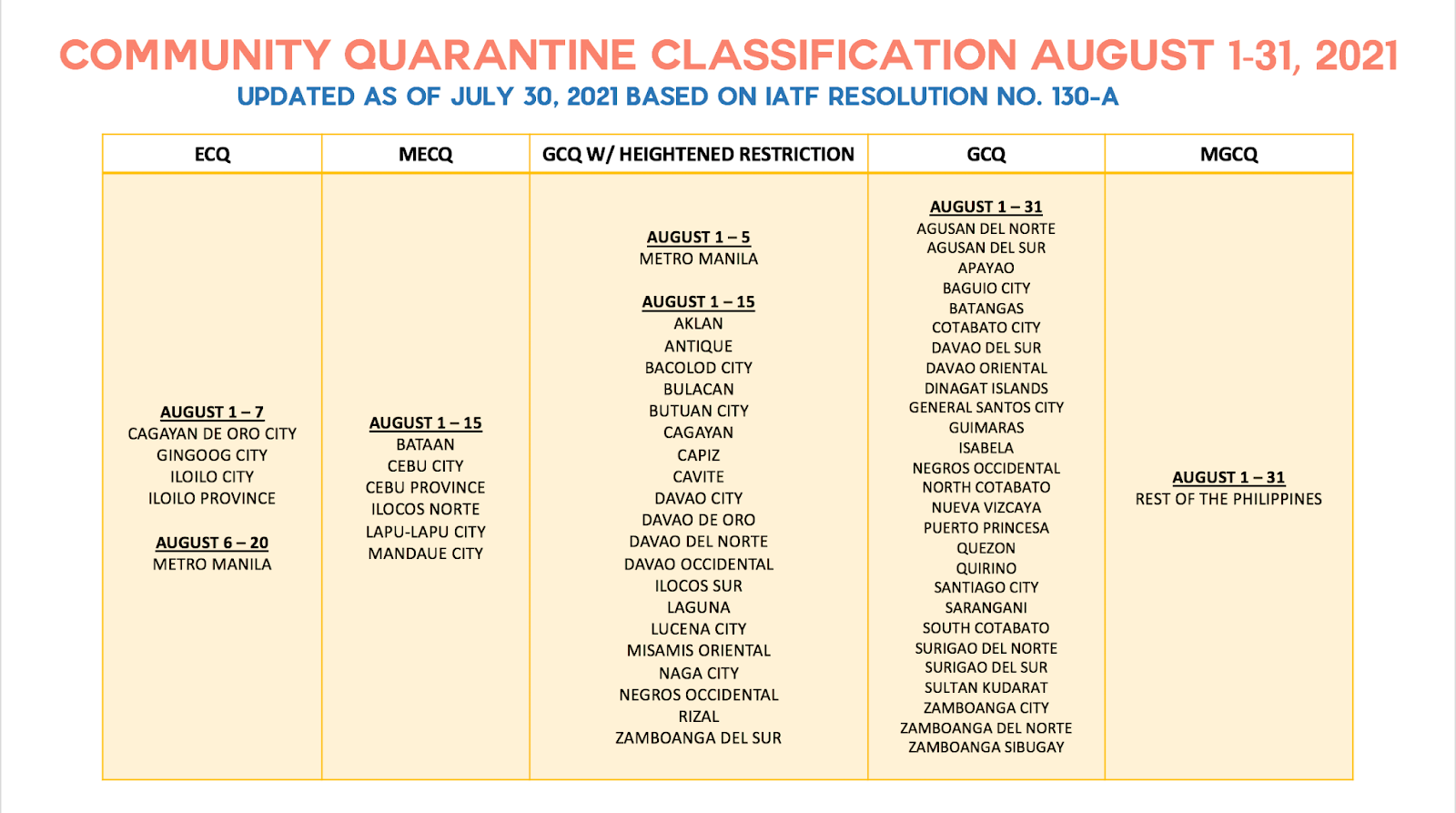 Metro Manila is currently under GCQ with heightened restrictions. Its quarantine status was supposed to be extended until August 15.

However, Metro Manila mayors have urged the IATF-EID to implement a two-week ECQ in the country’s metropolis to prevent the spread of the more infectious Delta coronavirus variant.

Apart from Metro Manila, Iloilo province and its city, Cagayan de Oro City, and the City of Gingoog in Misamis Oriental have also been placed under ECQ from July 21 to August 7.

On Tuesday, Roque announced that individuals residing in Iloilo province and its city and the cities of Cagayan de Oro City and Gingoog will receive cash assistance worth PHP1,000 per individual or PHP4,000 per family.

When quizzed if Metro Manila residents would also be given financial aid, Roque said: “Most likely but will seek confirmation.”

Meantime, Roque also announced that the quarantine classification in Cebu province and its city have been upgraded to modified ECQ (MECQ).

“Cebu City and Cebu Province have been added to areas under Modified Enhanced Community Quarantine (MECQ) starting August 1 until August 15, 2021, subject to further appeals by their local government units,” he said.

ROQUE SAID the MECQ status in the provinces of Ilocos Norte and Bataan and the cities of Lapu-Lapu and Mandaue from August 1 to 15 will be retained.

The rest of the country will stay under MGCQ next month.

You can find a full list of persons allowed to travel during this enhanced community quarantine here.

With that in mind, RedDoorz Philippines Hotels will only be able to accommodate essential stays for provinces that are under ECQ, MECQ, and GCQ-HR. This includes quarantine stays in these provinces.

You can always find our safe and comfortable hotels at just the tip of your fingers. Visit our website or download our mobile app to get the best price in the market.